Photointerrupters are a smart solution for detection of rotation or linear movement of an object. The basic principle behind photo interrupters is well known to everybody who ever used an elevator: Interruption of a light beam is used to detect whether there is an object between the light source and the detector. Both are placed face to face at the left and right hand side of the elevator door.

The same principle is used for photointerrupters but on a much smaller scale. In most photointerrupters the light source is an IR-LED and the IR-detecting device is a phototransistor. This is the most convenient combination because the wavelength matches perfectly to the sensitivity characteristics of the photo transistor and the output signal of the phototransistor can be used in the evaluation circuit without additional amplifier. 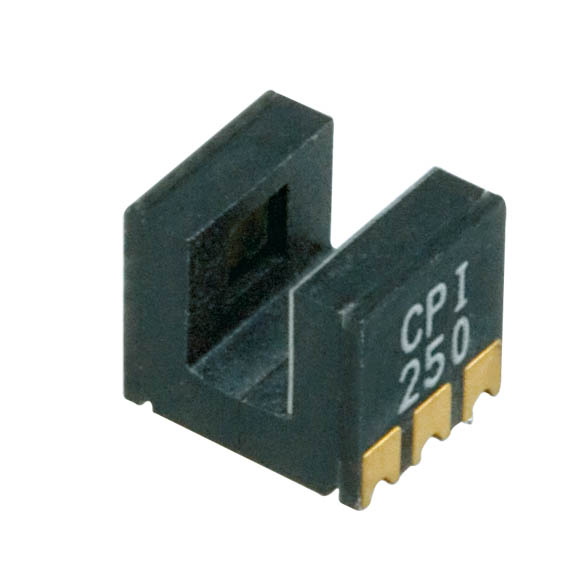